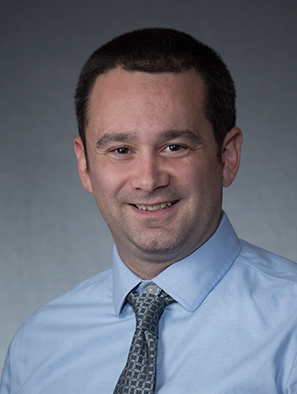 My research and teaching interests are in synthetic organic chemistry.

Bryan J. Cowen was born in Suffern, NY in 1981. He received his BS in chemistry from Binghamton University in 2004, where he participated in research in the laboratories of Professor Susan L. Bane. His graduate research with Professor Scott J. Miller at Yale University involved the development of catalytic enantioselective reactions with allenoates. Upon completion of his PhD degree from Yale, he joined the laboratories of the late Professor David Y. Gin at the Memorial Sloan-Kettering Cancer Center in New York City.

He began as an Assistant Professor at the University of Denver in 2012 with teaching and research interests in organic chemistry.

The Cowen group’s research program focuses on the development of new synthetic methods for the preparation of small, functional organic compounds. Special emphasis centers on the discovery of unique asymmetric reactions to enable the selective construction of complex chiral molecular architectures. The design of small-molecule catalysts and ligands for both non-metal and metal-mediated transformations are key research activities ongoing in the laboratory. Additionally, the investigation of detailed mechanistic reaction pathways is of paramount importance to the maturation of any new synthetic method. A particular goal of our efforts in chemical synthesis is to produce valuable end products for potential pharmaceutical or material-based applications.