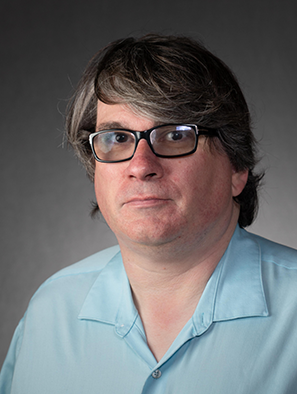 I am a pure mathematician who explores quantum hypertopologies and their applications to mathematical physics.

I am a full professor of Mathematics. My primary contribution to mathematics is the development of the theory of quantum hypertopologies over quantum metric spaces. The objective of my research is to find new methods for the study of quantum gravity using noncommutative metric geometry.

I received most of my education in France, where I was awarded the title of Statisticien-Economiste from the Ecole Nationale de l'Administration Economique (now, statistical engineer), and a Maitrise in pure mathematics from the Université Pierre et Marie Curie (Paris 6). I then obtained a M.A. in statistics and a PhD in mathematics at U.C. Berkeley under Dr. M. A. Rieffel.

Our research aims at providing a new analytical framework based on metric geometry for the study of certain
noncommutative analogues of Lipschitz algebras, motivated by approximations problems from mathematical physics, and by the exploration of the metric aspects of noncommutative geometry. To this end, we have developed an analogue of the Gromov-Hausdorff distance between quantum compact metric spaces, applied it to obtain various new continuity and approximation results for quantum metric spaces, discovered analogues of important results in metric geometry such as Gromov compactness theorem, showed new applications of our metric to group actions and approximations of symmetries in noncommutative geometry, and open a new area of inquiry by proposing a new metric on Hilbert modules, appropriately augmented with metric data, and on spectral triples. These later developments are new even in the classical setting, and show the potential of the interaction between functional analysis and metric geometry at the core of our work.

The motivations for our research area are rooted in problems in mathematical physics, and include:
* the constructions of finite-dimensional approximations of quantum models,
* furthering our understanding of the metric aspects of noncommutative geometry,
* discovering new methods for the study of C*-algebras inspired by metric geometry.

At its core, our research continues to bring the profound ideas of analysis to new realms: in our case, by creating a geometric space out of collections of C*-algebras which may describe quantum space-time.