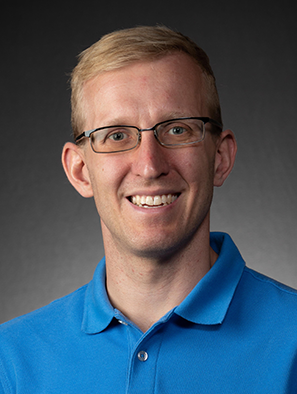 I teach courses at all levels within the mathematics department, conduct mathematics research, and perform various service activities, both within DU and for mathematics in general.

I received my Ph.D. in mathematics in 2007 at the Ohio State University, worked as a postdoctoral scholar from 2007-2010 at the University of British Columbia, and have been at DU since 2010. My research is primarily in dynamical systems, specifically symbolic dynamics. I am also passionate about teaching; for instance, I currently direct the DU Math Center and serve as Calculus coordinator within the Math Department.

My research area is symbolic dynamics, which studies dynamical systems given by configurations of symbols (called letters) from a finite set (called an alphabet). Symbolic dynamics can be done either in one dimension, in which case one considers sequences of letters, or multiple dimensions, in which case one considers multidimensional arrays of symbols. Multidimensional systems exhibit much more complex behavior than their one-dimensional analogues, and have surprising connections to areas such as statistical physics and theoretical computer science.

My main research focus is to better understand the behavior of symbolically defined systems. Much of my work has defined natural hypotheses on multidimensional systems which guarantee behavior more similar to the better understood one-dimensional case. On the other hand, some of my work is in the opposite direction: giving quantifiable results about the full range of esoteric behavior achievable by symbolically defined systems. Almost all of my work, in one way or another, relates to a fundamental quantity called entropy, which is associated to any dynamical system. Entropy is both a useful concept in its own right, and by its relation to so-called measures of maximal entropy. These are measures which "best encapsulate" the behavior of a system, also called equilibrium states in statistical physics. Recently, the main topic in my research program has been to isolate reasonable hypotheses guaranteeing that a symbolically defined system (in either one or multiple dimensions) has a unique measure of maximal entropy, which can be thought of as a type of regularity of the system.