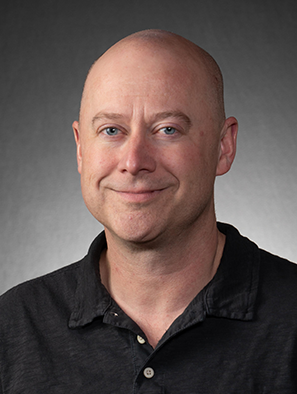 Cell polarization is a general process by which cells can specialize specific surfaces for defined functions. In the case of epithelial tissues, cells maintain an externally facing apical domain, as well as a basolateral domain that is oriented internally. The maintenance of these apical and basolateral domains is essential to the barrier function of epithelia, and the loss of apical-basal polarity is associated with the metastasis of many epithelial cancers. An additional form of cell polarity occurs in epithelia through the development of cellular asymmetries in the plane of the eipthelium. Global systems of planar polarity can guide tissue reshaping through cell rearrangements and the formation of sensory arrays such as stereocilia in the inner ear. The general interest of my lab is in how cells establish, maintain and harness these processes of cell polarity.

We utilize both live and fixed cell imaging techniques in genetic and cell biological approaches to dissect the generation of cellular asymmetries within epithelial sheets. During tissue remodeling of the Drosophila germband we have shown that contractile, cytoskeletal and cell adhesion proteins participate in a system of planar polarity (Blankenship et al., 2006). These planar asymmetries are required for locally coordinated cell rearrangements that drive tissue elongation. In a separate body of work on the generation of apical-basal polarity, we found that exocytotic membrane trafficking is critical to the formation of the apical epithelial domain, and identified specific proteins required for the polarized delivery of key apical determinants (Blankenship et al., 2007). Ongoing studies are combining these two areas of research to examine the function of directed membrane addition in shaping the architecture of epithelial tissues. Projects in the lab revolve around the development of live-imaging techniques, computational analysis of 4D movies, genetic disruption of plasma membrane trafficking and the identification of new polarity proteins.