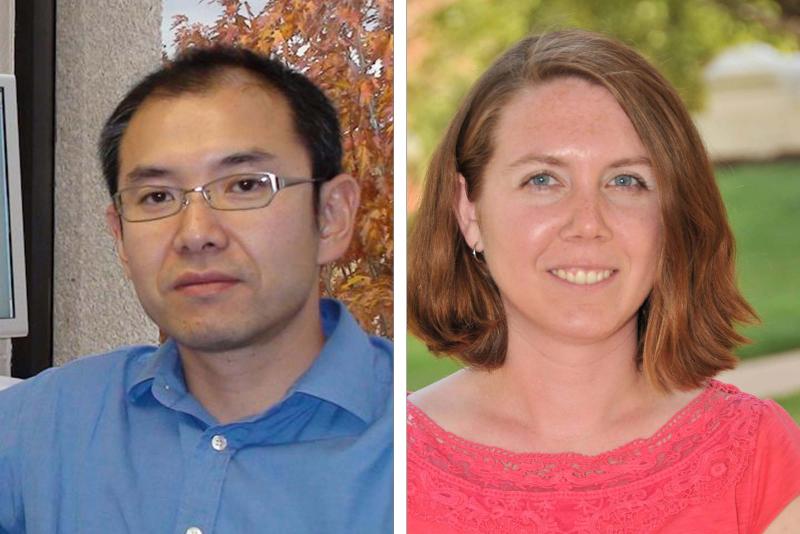 Two DU-affiliated astronomers have been elected to influential committees of the International Astronomical Union, a UNESCO partner organization with premier authority over astronomical nomenclature and methodology.

Physics & Astronomy Associate Professor Toshiya Ueta was elected to Commission H3, governing all aspects of planetary nebulae (which are the result of endpoint evolution of solar mass stars). Dr. Ueta has a long research record of funded discoveries concerning PN, including use of Hubble Space Telescope.

Recent DU PhD graduate Dr. Jamie Lomax, now assistant professor of physics at the US Naval Academy, was elected to Commission B6 on astronomical photometry and polarimetry, involving precision measurement of brightness and asymmetry of starlight. Her dissertation, under the supervision of DU Professor Jennifer Hoffman, concerned using polarimetry to deduce structure in interacting binary stars.

"These elections elevate the University of Denver's profile on an international stage, enabling two-way communication of the latest developments that will matter to our research astronomers and DU students alike," said DU's Womble Professor of Astronomy, Dr. Robert Stencel.