Join the math department on Zoom on Thursday, November 19th, 2020 for this distinguished lecture at 4:00 p.m.

Professor at the University of California, Davis
Fellow of the American Mathematical Society 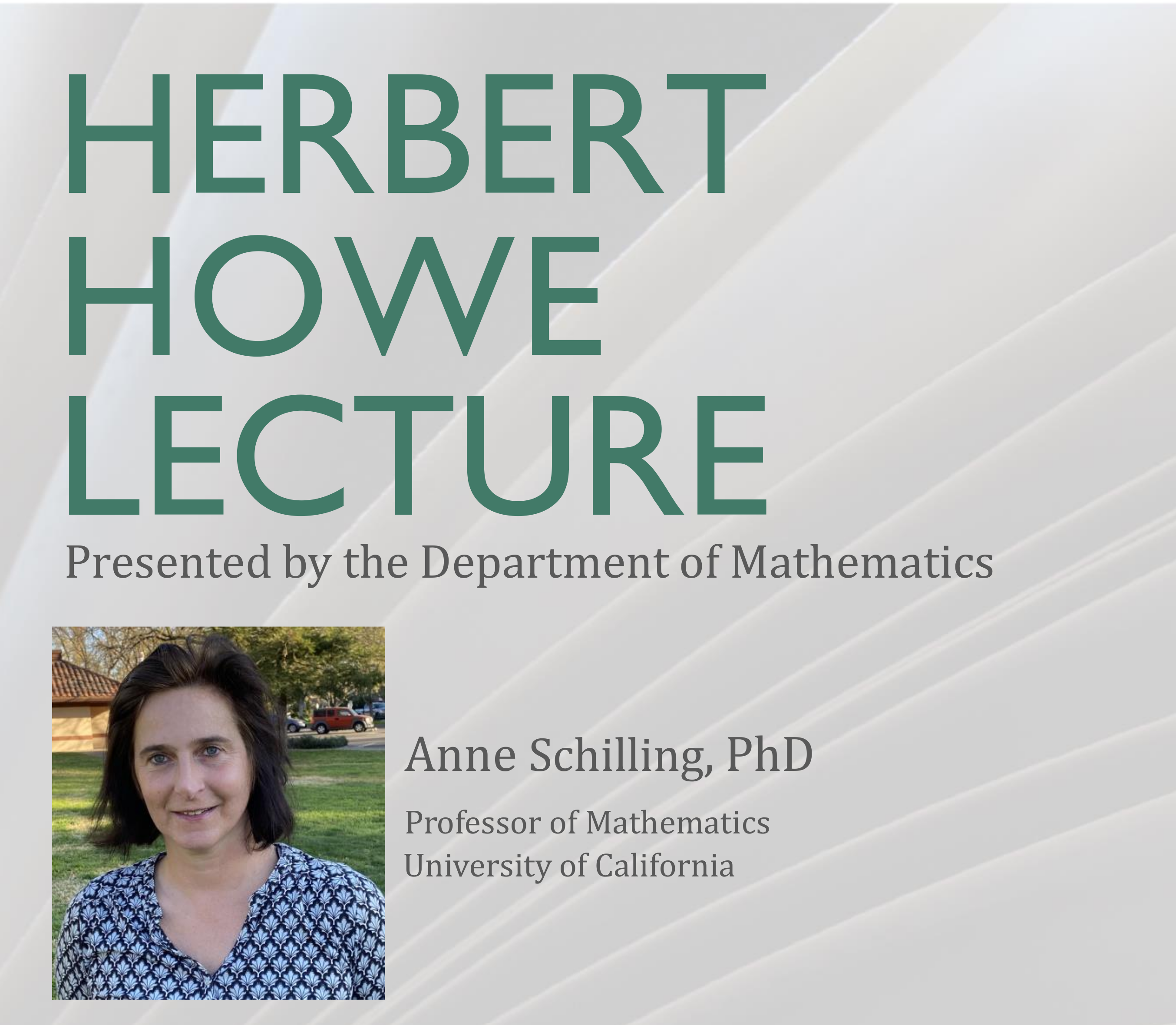 Abstract: We will discuss some new ideas from semigroup theory to analyze the stationary distribution and mixing time of finite Markov chains. An example for a Markov chain is card shuffling and a natural question is: how often do you have to shuffle the deck before it is mixed or random? It turns out that semigroup theory can help answer these questions.

Dr. Schilling received her PhD from SUNY Stony Brook in 1997. She was the recipient of a Humboldt Research Fellowship and Simons Fellowship. She is currently a professor at the University of California at Davis and a Fellow of the American Mathematical Society.

Her research interests range from algebraic combinatorics to representation theory to mathematical physics. One focus is the theory of crystal bases and she has recently written a textbook on the topic with Daniel Bump from Stanford University. She has also used combinatorial techniques and semigroup theory to answer questions in probability.

The video recording of this talk is now available at https://cs.du.edu/~mathfiles/Videos/AnneSchilling.mp4

Herbert Howe joined the faculty in 1881 and received his doctorate in May 1884 with a thesis on a novel solution to Kepler's two body problem. He became the first director of the Chamberlin Observatory, a position in which he remained until his death in 1926.

Among his many accomplishments, he is responsible for determining the location of the original Mile High marker at the staircase of the Colorado capitol building in 1909, later replaced with an etched inscription. His measurements were more precise than those of a 1969 survey and only about 3 feet above the modern 2003 plaque. 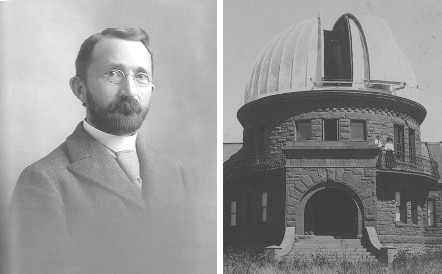